In April of ought six, I pondered two options for saving for my kids’ college: the 529-plan I have and Washingon State’s 529 program, Guaranteed Education Tuition (“GET“). At the time, I concluded my existing 529 would have a better expected return because the expected returns over my relatively short investment horizon (10 years) would not be enough to offset the better expected return, but 20% front-end load of the GET.

The operative word is/was “expected.” Few people expected a financial catastrophe of the magnitude of what we had in 2008. (But, by definition, more than expected the Spanish Inquisition.) In the four years since I posted, the S&P 500 has decreased 18% while tuition increased 15%, far outpacing inflation:

Sheesh.  I would have been better off investing in Elvis stamps.

What brings this up is someone saw my spreadsheet and wrote me:

We have 529’s that have not made one red cent for either kid and friends who bought 4 years of GET for 28k. Now those same 4 years are 40k. I saw CA State raised tuition 35% for next year, and that WA was 17% this year and given the budget cuts yesterday it will obviously have to keep going up.I am starting to think 40k for a college education and a sure thing, makes sense? But then I think I am missing something?

The short answer is: [crickets chirping]

This is like the “Choose Your Own Adventure” books I read when I was a kid:

1) Do you think tuition will increase 32% between now and [The Year of Reckoning]?

Consider that in April 2006, GET charged $66 for a tuition credit that was worth $55, a 20% front-end load. Today, you’ll pay $101 for a credit that’s worth $75, a 32% front-end load. Since GET is a self-funded program, you can infer the plan’s administrators anticipating tuition is going to be waaaaaaaaaay more expensive in the future.  Perhaps they are also making up for a shortfall in planning. 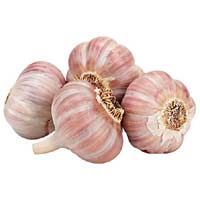 2) Will the price of tuition increase more than 32% PLUS the anticipated return on any alternative investment you have available? (Do not include investments in Nigerian 419 Retirement Plans, Tulips, or Garlic Futures.)

3) Will the anticipated future cost of tuition (calculated above) exceed the value of the education? For this discussion, consider only the quantifiable change in income opportunities from having a degree (e.g., not the intangibles).

The College Board’s calculator estimates today’s costs ($80k for a public school and $160k for a private school).  University of Phoenix charges $67k for an online bachelor’s degree.  Community colleges are a lot cheaper.

A 2002 Census study concluded an associate degree was almost always and a bachelor’s was often beneficial in lifetime earnings.   (A more technical analysis, factoring in NPV, can be found here.)  All of these assume you choose a field where advanced credentials are paid for.  Petroleum engineering: yeah.  An Early 21st Century History of My Daughters’ Art: unlikely.

It will be interesting when the Census study is updated because tuition has risen a lot more than wages and alternatives, such as accredited online education, are now available.  It’s not unreasonable to assume the tuition superinflation will continue: universities aren’t perceived as paragons of fiscal efficiency.  The Center for College Affordability produced a report (PDF), concluding:

[Colleges have hired] “a large number of part-time instructional staff, which provides the fundamental educational services, while at the same time adding a disproportionate number of full-time management and support staff. […] This expansion of the labor force relative to enrollment has increasingly resulted in unproductive use of labor resources in higher education. […]”

November 2011 – a chart showing the DJIA compared to GET is available here (original source – get.wa.gov).