Bellevue is blacked out. Behold! 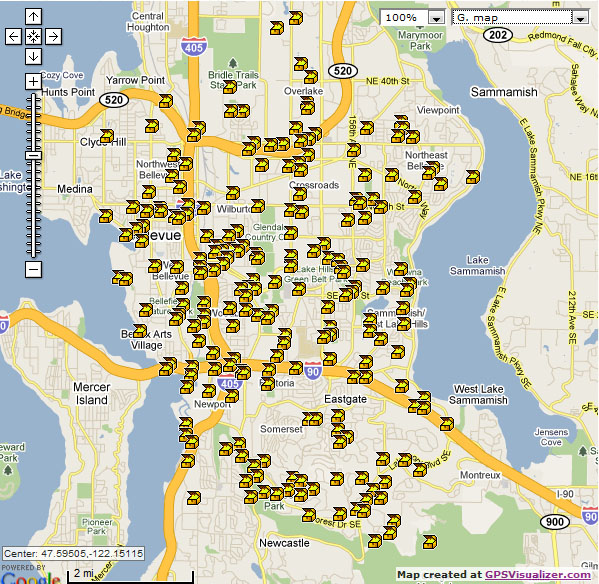 The Bellevue Blackout challenge is to find all of the geocaches within the city limits. Unlike the Delorme or Thomas Guide challenges, where one finds a cache in a region defined by each page of the respective road atlas (and does a lot of driving in the process), this one kept me relatively local. Since I traverse that corridor five times a week, I reasoned I could pick up stuff here and there. How hard could it be? 🙂

When this was published in January of 2009, I had 151 caches left to find … out of 175 active. I didn’t seriously consider doing the challenge until March of this year, when I found a very difficult multi-cache titled, amusingly, “Are you nuts?” I realized how far gone I’ve come as a geocacher.

By April, I had whittled the list down to eighty. I worked on finding the remaining “traditional” caches. Many of these were in locations I’d been purposely avoiding: Redmond (bad traffic), highly-public areas like park+rides, malls or public boat launches, or… playgrounds. Rainy sundays were a good time to do these.

In May, I started working with Phil, another geocacher who was also proficient at puzzles and was much better connected with others who could at least tell us where to start. Working with him was a lot of fun, especially on the longer multi-caches, and made it less likely I’d give up. Phil had no qualms about calling someone to ask for a nudge when we were really stuck. We needed help on some caches.

Although there was no explicit deadline, the challenge was to clear out all caches “at a point in time.” With GeoWoodstock 8 approaching, there was a run of new ones being posted. With each notification, I had the pang of dread until I confirmed whether or not the cache was in the city limits. This got old pretty quickly, and was starting to burn me out. I had some personal and business obligations, so we set a goal to finish this by Father’s Day weekend. Caches remaining: four — three requiring a boat and a very long multi-cache that appeared to be missing two waypoints. (Its owner was unavailable.) A third geocacher, Kurt, was also pretty close to finishing. I invited him to join us.

While I was out on my trip, two new caches popped up. Dang. Fortunately, neither was an insanely difficult puzzle. Phil found someone who provided the missing information on the multi-caches and verify my previous work: we knew where its final was. Kurt, who had done all of the paddle caches, was blasting through his remaining caches. It was nice being able to help someone else with the puzzles.

Phil and I did one of the paddle caches midweek, using a cheap inflatable boat I found online. Fortunately, Phantom Lake was very calm, because the “two person boat” claimed on the box really meant “two kids” or “one adult,” not “two adults.” It was very comical, but we pulled it off.

On Father’s day Sunday, one of the rainiest days this month, Phil and I rented a canoe at Enatai Beach to get the two remaining paddle caches. Both of us were soaked and needed to find a change of clothes. Phil called his wife while I dropped by the office. We met Kurt at a Park and Ride, then drove to the last stop of the Micro Multi cache. Its final was in the owner’s front yard, but it was pretty easy to retrieve.

Driving back, Kurt noticed we were close to a puzzle cache he’d been working on. We stopped for that one. Then shortly thereafter, there was another one whose first waypoint I had worked out last year, but hadn’t been by to pick up. (I have ~116 puzzle caches solved but not found yet. Sigh.) We eventually got back to Bellevue, parked, and made the short hike for the actual “Bellevue Blackout” cache. It was fun reminiscing how we all remembered this area from a previous cache we’d done.

Final stats: 218 caches found (45 puzzles, 32 multis), 1 owned, and 21 archived since I started. (Many of these occurred when the Bellevue Parks Department raised concerns about caches in the Mercer Slough.) 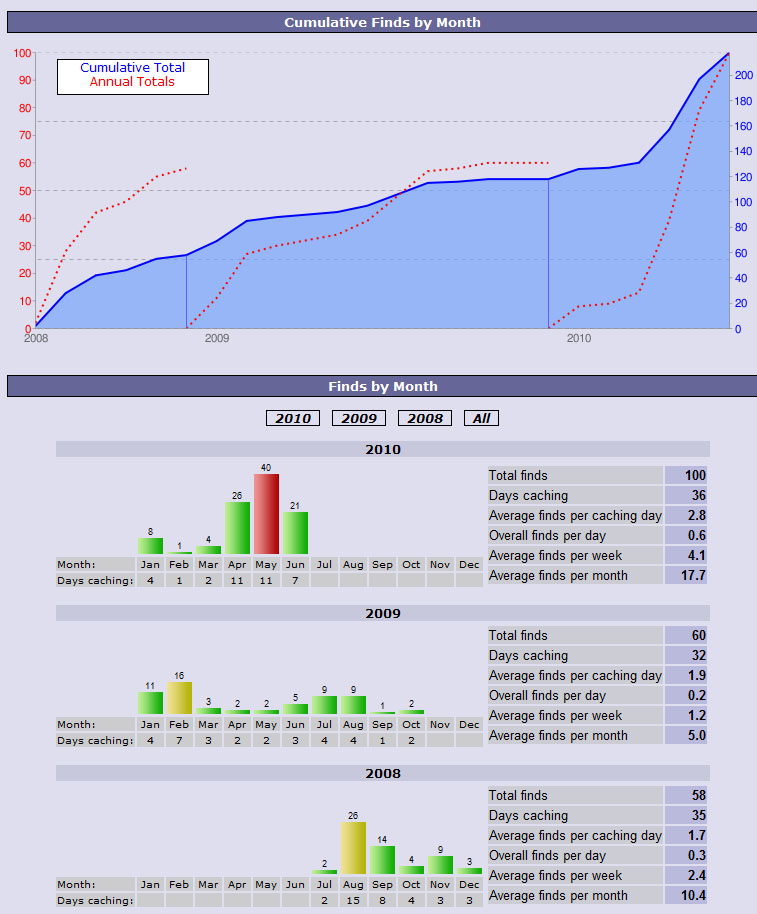 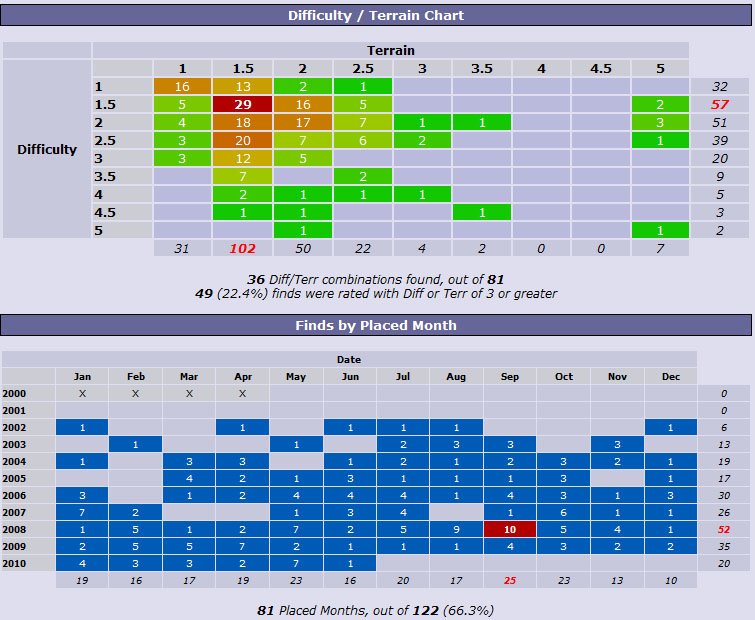