Fry’s opened up its first store in Washington state. Fry’s is a strange place — sort of a department store for geeks with a large selection of stuff, prices slightly higher than mail-order, theme-based decor, and notoriously oppressive customer service. If you don’t mind the casino feel — and I mean that as in pit boss watching employees watching you — it’s one-stop shopping for discrete electronics, kitchen appliances and computer peripherals.

The grand opening received a modest amount press, though less than that of Krispy Kreme in Issaquah. I was on the way to the airport Friday evening, and hoped I could just pop in, kill some time, and then pick up my folks. Cars were backed up for three miles in each direction. When I got closer, I realized that it was because their rather large parking lot was overflowing. No way I’d get in there at 8pm on a Friday evening…

I was more successful Saturday. My father tagged along and we were going to be very disciplined, picking up just the minimum set of things needed to upgrade my wife’s computer, an AMD 850Mhz/512Mb memory. They had a $59.95 motherboard which included a 2.4Ghz Intel something CPU with it…. but there were a couple of catches. First, it needed a CPU fan, $12.95 (or $29.95 for a quiet one). Second, the memory architecture is radically different. They had 512Mb sticks for $69.99 each, so I bought one.

When you order a motherboard or any other discrete high-end components, a salesperson in the back takes your order and makes up a printout. The theory is the cashier just scans it then goes back to “the cage” to get the components. I imagine this is to cut down on theft, though it’s unclear if it’s employees or customers or both. The two problems with “the cage” approach are (1) it’s slower at checkout, mitigated by the queueing model, and (2) if you change your mind and, say, want the original, cheaper fan, they have to redo all of the paperwork at the register. (Of course, one may wonder why the “salesperson” has to write up non-discrete components.)

We eventually headed for the checkout line. People directed us along the red line maze to queue up. However, because they have 64 registers and one feed, the line moves very, very quickly. Our cashier, an inaudible guy obviously deficient on sleep, was very, very confused when we said we changed one of the items. Worse, one of the $10 impulse buys had a rebate, and he had to procure a rebate coupon for us. It took about 20 minutes to actually check out once we got to the register.

We get home and start spewing machine parts all over the table as we disassemble the original computer and put in the new motherboard. I install the CPU and try to figure out how to add the cooling fan — it turns out to be the wrong kind, for an AMD chip.

After lunch, we made a second trip to test Fry’s return policies. There are four registers, each moving at a glacial pace. We wait. And wait. And wait. My dad suggests I go ahead and start shopping while he works the refund. This should be a no-brainer — everything’s in its original packaging, the purchase was made the same day, and we have a receipt even showing the error. Half an hour later, my dad reports that there was a lot of scrutinizing and eventually they gave us a Fry’s “gift certificate” for the amount purchased. (Most vendors would just credit the amount your credit card.) 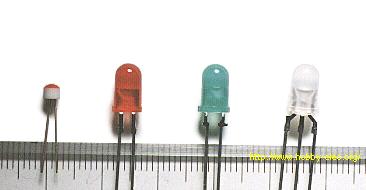 While looking for fans, I ran into Jeff Few, who’s equally giddy at having a place where one can buy high output LEDs, motherboards and kitchen appliances. We talk briefly, then I hunt around for the Intel compatible fan. I see why we made the earlier mistake — everything’s randomly stored.
While I’m there, I buy another 512Mb stick, a back massager, and a portable spotlight.

I did more assembly. By now it’s almost dinner time and everything is assembled… except the connector from the on/off switch to the motherboard. It’s definitely a different kind of connector that I could either mess around with for another four hours, potentially causing a fire, or just buy a new case. Sigh… another trip.

We decided that we’re going to end up with two computers, the original one, that worked quite fine before I started futzing with it, and the new one. I scheme about using the “old” computer as a Freevo. (You see, we have a problem getting our kids into bed exactly at 8:00, meaning we typically either miss the first part of Star Trek Enterprise, or watch it later when it’s over. What we really need is the ability to do time shifting.)

I pick up a case, a third memory stick (this one was $79.99 with a $30 rebate), TV tuner, video card, and some connectors. Cha-ching!. I assemble the machine and power it on. It works fine.

After a dozen service packs and ensuing reboots, my wife’s machine is happily running Windows 2000. I’ve spent about $800 this weekend on:

not including the $150 in various rebate coupons that have to be received by the vendor in two weeks.

My freevo project is still in the works. I’ve installed Redhat 9, but am having problems with the network card, which will eventually be replaced with a wireless network card so I won’t have to run ethernet under the floor. Stay tuned…