One of the persistent annoyances on my bike has been braking in wet weather, which we have a lot of these days. The rear brake is bolted just under the frame, right in the path of all the goopy muck being channeled by the rear fender. I’d been thinking about picking up a second, commuter bike for the winter. 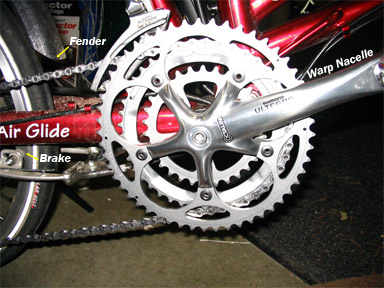 Since I failed to match any numbers, I’m back looking for cheap bikes on eBay. Because that’s going to be a slow-process, possibly taking me through winter, I’m going to have some frame work done to my bike to let me try a disc brake on the back by a local frame artisan who came highly recommended. Everything should be done late Thursday afternoon, just in time for the next series of craptastic rain storms.