I finally found someone willing to accept a free, working 20″ TV set on the condition that I deliver it to them. (Freecycle didn’t want it unless it was high definition. Sheesh.) Because this required venturing into the 206 area code, near the region of terrible student drivers, I waited until I had another errands to justify the trip. That other errand was a visit to R&E cycles, where
I had an appointment at 3pm to get measured for a frame. 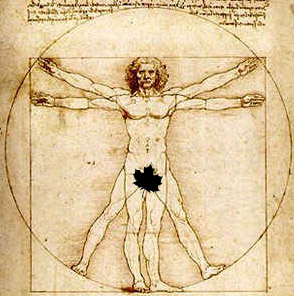 R&E prides themselves on having a bejillion years experience of fitting people, and with fifteen sizes, odds were good I could find something. Each time I’ve read up on fitting a bike, I come away thinking “this is a lot like women’s clothing:” every vendor has its own creative interpretation on how the human body is proportioned, yet none of these map to me.

The fitting process involved mostly a vertical stick measuring like inseam, thigh length, torso height, and foot size. When he wasn’t getting distracted by other customer questions, numbers were punched into their computer. Two conclusions were drawn from the numbers:

Smiley set up a 6S bike on the trainer. After a minute of pushing a gear range I only fantasize about, he adjusted the seat. The bike was surprisingly comfortable. He wanted me to keep the high RPMs up for a while while he serviced another customer. Riding a “trainer” indoors, in broad daylight, where no one else is doing it instills an urgency to pedal smoothly.

He made a couple of inquiries about quirks in my riding position. This is like asking a golfer if they breathe in or out during the swing. Apparently I toe my left foot in during the pedal stroke and I don’t bend my elbows enough. I didn’t follow his advice on choosing a very uncomfortable death grip on the brake hoods, except this was what the pros did. He gave some instructional hints on how to use the Campy (vs Shimano) shifting, then I got to take it out for a spin.

My first impression was “dang, this is a light bike.” Then I started pondering the gearing. Unlike the ridiculously low gearing on the ‘Friday that enables me to scale walls, sitting down in the saddle, this was a standard Campy triple, on big wheels. I later calculated its low gear is twice what I have on mine. Still, it didn’t feel as bad as I expected it to when climbing up Ravenna. The acid test would be biking home up the hills, but I’d have to buy the bike first.

Smiley was multitasking between me, another customer, and his 4:00 appointment. Not being able to get questions answered was annoying me. I excused myself, mentioning I needed to Escape from 206 to avoid the traffic. He gave me a price sheet for me to mull over. I have confidence in the fit, but would like to try the specific model. And address my concerns about having a lower gear range for the hills. If I put down a 50% deposit, the time to build would be about six weeks.