I had to drop off my spouse’s car for two recalls and an oil change. The folks at the dealer are really nice, but I would be hard pressed to buy a GM product again.

This one has had several recalls: starter (can cause fire), suspension (can lock up the steering wheel), airbag (random detonation), among others. In addition, there are innumerable squeaks and rattles that we gave up on isolating, the carpet has wear spots, and the locks and trunk latch sometimes don’t work at all. The car’s six years old and has only got 40k miles on it.

It’s not that I don’t want to buy American… I just don’t want to be a chump. I’ve had far fewer problems with my Japanese cars (Plymouth Champ, Mazda 323, Miata [R.I.P.], Subaru) and even my Ford Ranger. Actually, now that I think about it, my first car, a 1974 Chevelle, was a perpetual maintenance issue. 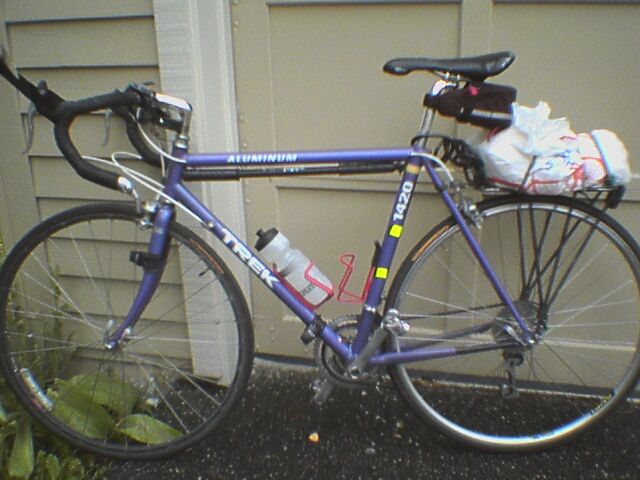 I figured I’d just drop the car off, bike in the 20 miles, and pick it up later in the afternoon. I got some strange, mostly curious looks from the dealer. Non-cyclists seem unsure if you’re yanking their chain when you act non-chalant about a 10 mile segment.

Most of the route is my sorta my normal bike commute route (which I intend to do regularly in a few weeks), basically to the I-90 bike trail and follow it to its terminus. For a straight and out route, it’s interesting and rather hilly. The added twist today, though, was I started in Bellevue.